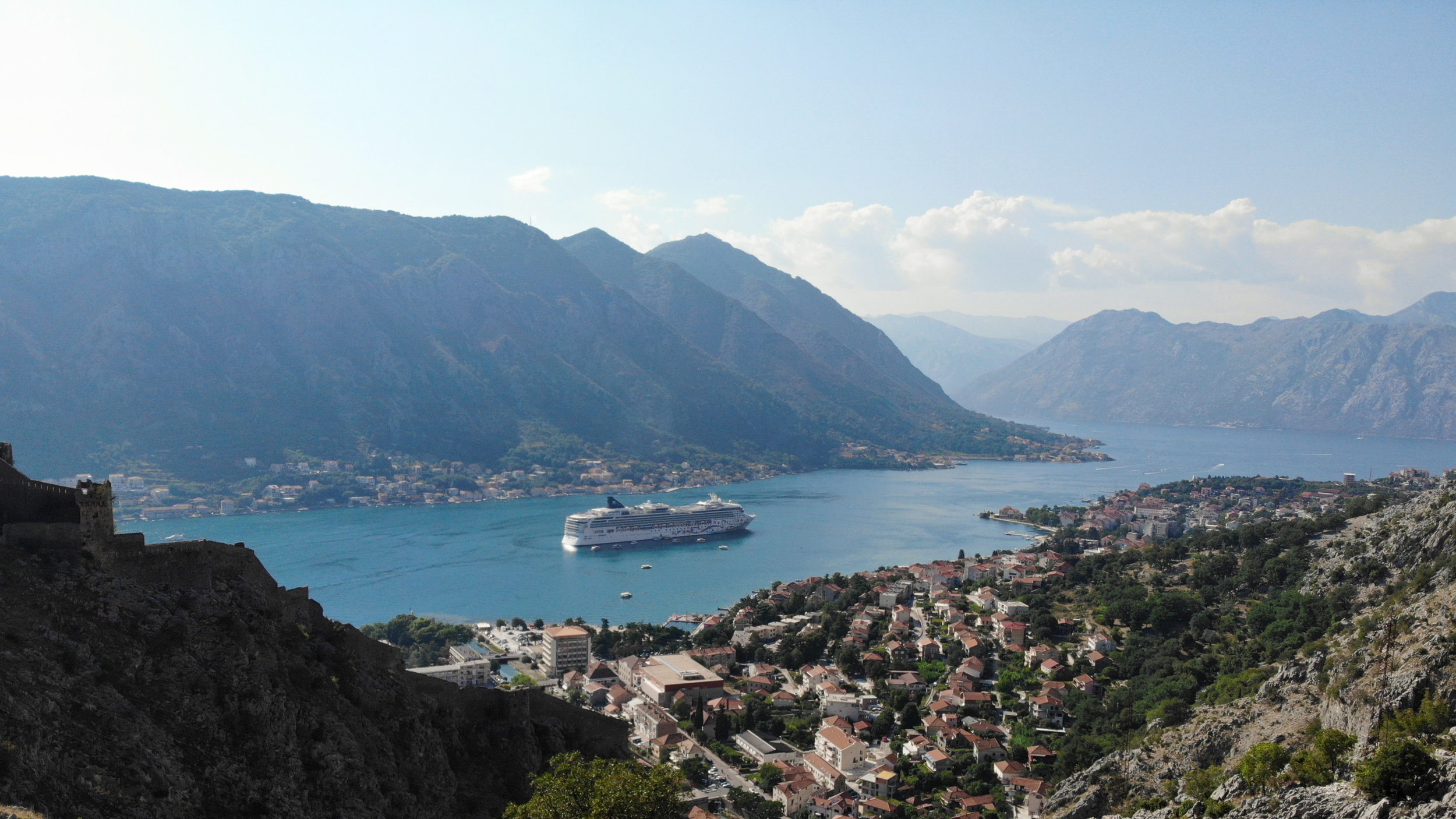 An afternoon in Kotor

The first stop on our Mediterranean cruise was Kotor, Montenegro. Kotor is an old fortified medieval town founded in 5th century BC recognized as a UNESCO world heritage site. It’s tucked in the Bay of Kotor among mountains off the Adriatic Coast. Kotor is such a charming town, perfectly family-friendly with views to die for. We arrived early afternoon and departed later in the evening. With a big group, including several little ones, and limited time we knew we had to use our time wisely.

We walked past the boats docked in the bay, and through Old Town. We continued on leaving the old city walls toward one of the hiking trails toward Kotor Fort. It was the height of the day, so the sun was strong and hot, but we wanted to do the hike first and spend any leftover time we had wandering the city. The trail was switchbacks all the way up with minimal shade, so we had to break often, but the views were worth it. We didn’t make it up to the fort itself, but that wasn’t the goal anyway. We took about an hour to hike up, and were a bit quicker coming down.

We brought all 5 little ones up with us, 4 of which were carried. They got the best deal! It wasn’t easy, especially in the heat, but it was such a rewarding hike. The views were gorgeous – the beautiful bay surrounded by mountains and speckled with red rooftops.

We were on the ‘easier’ path which was not as steep as the more advanced trail, but it was still a bit intense in the heat. My 6-year-old niece hiked the whole way herself, she did great. The path itself was rocky and dry dirt, and there were some loose stones you could slip on, but mostly it was a well-groomed trail. I’d recommend proper sneakers (tennis or hiking shoes) if you plan to hike it. An older gentleman lived up on the hill where we stopped. He offers beer and water for sale to hikers.

Back in old town we splashed in the huge fountain and refilled our waters. There were a whole bunch of adorable kittens in the square, and apparently residents look after Kotor’s infamous cat population. We grabbed gelato to reward ourselves (only 1 euro per scoop).

We split into groups, ate and meandered the stone shops and squares. You can get lost among the many narrow alleys, but that’s part of the charm and fun. We walked into the main square and were drawn toward the ornate Saint Nicholas Orthodox Church. If you turn around, you’ll notice a small but somehow equally captivating Saint Luka’s Church. Kotor was such a cool little medieval town; it definitely exceeded my expectations.